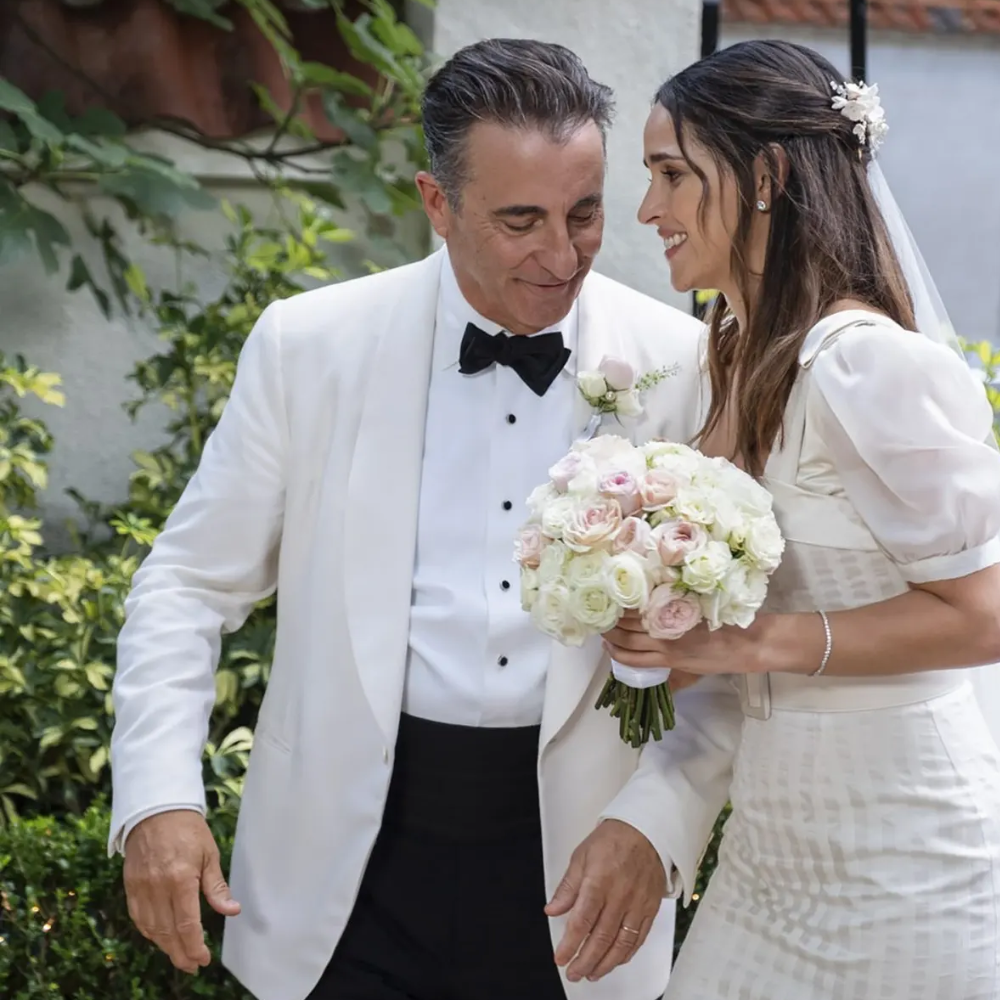 The iconic marital dramedy Father of the Bride is back on HBO this June with its third adaptation. Like the previous versions, the movie chronicles the relationship between a father and his daughter during her wedding. In the film, Billy (Andy Garcia) and Ingrid (Gloria Estefan) are a Cuban-American couple trying to save their marriage. Sophie (Adria Arjona) is all set to get married and intends for the wedding to be an unconventional one. Unfortunately, her traditional father, Billy, is not supportive of the idea. The movie has everything going for it – major family drama, and some fashionable moments. 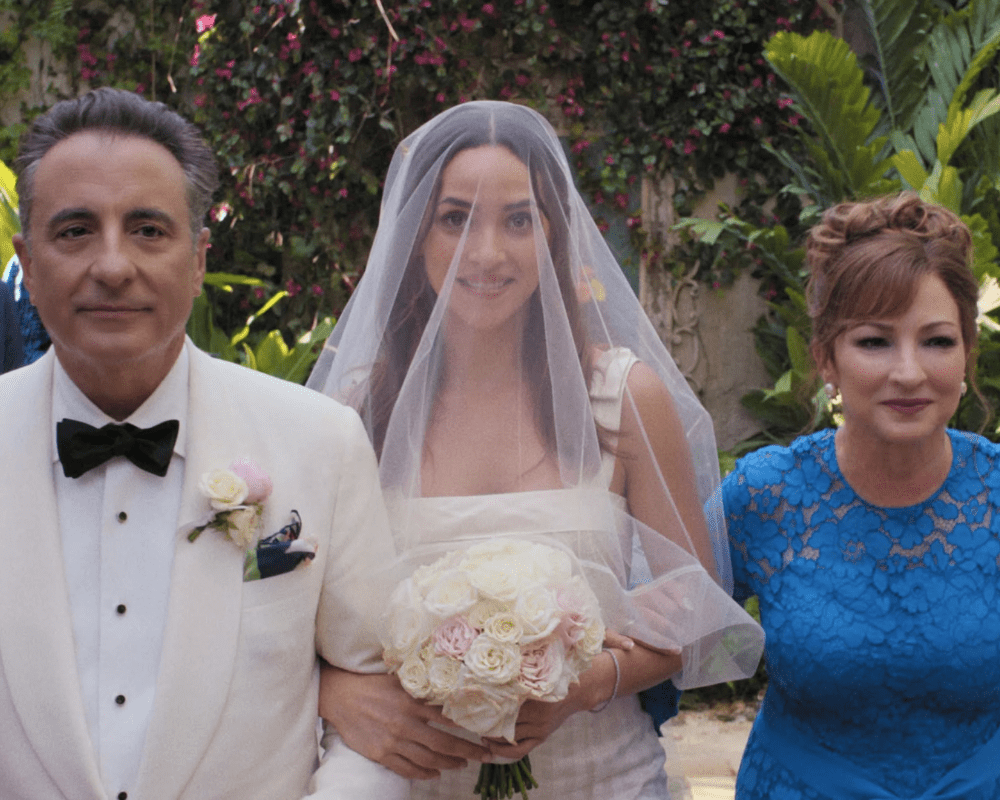 Caroline Eselin, the movie’s costume designer, wanted to recreate the Latin roots and culture of the family. For the couple’s costume, she particularly wanted to highlight their non-traditional style. In the movie, Sophie wants her sister Cora (Isabela Merced) to design her dress that should have silk stripes, a square neckline, and puff sleeves with a white belt. The dress would reflect the style of Sophie but the individual expertise of Cora. The stripes in the dress are a tribute to Miami. In comparison, Annie Banks (Kimberly Williams) in the previous version of the movie highlights the tradition rather than her individuality. She went for a traditional and romantic look, while Sophie had a cutting edge and modern look.

In the movie, Cora designs the dresses of the entire bridal party. Sophie’s bridesmaids all don blue dresses. They represent the famous pop art of Miami. However, they don’t all have the same look, as two members adorn two-piece sets with cropped tops. In 1991, all the bridesmaids wore the same dress with long sleeves and bows on the back. Annie’s bridal party looks modest and traditional, while Sophie’s looks are styled to be fresh and contemporary.

The Attire of the Father of the Bride 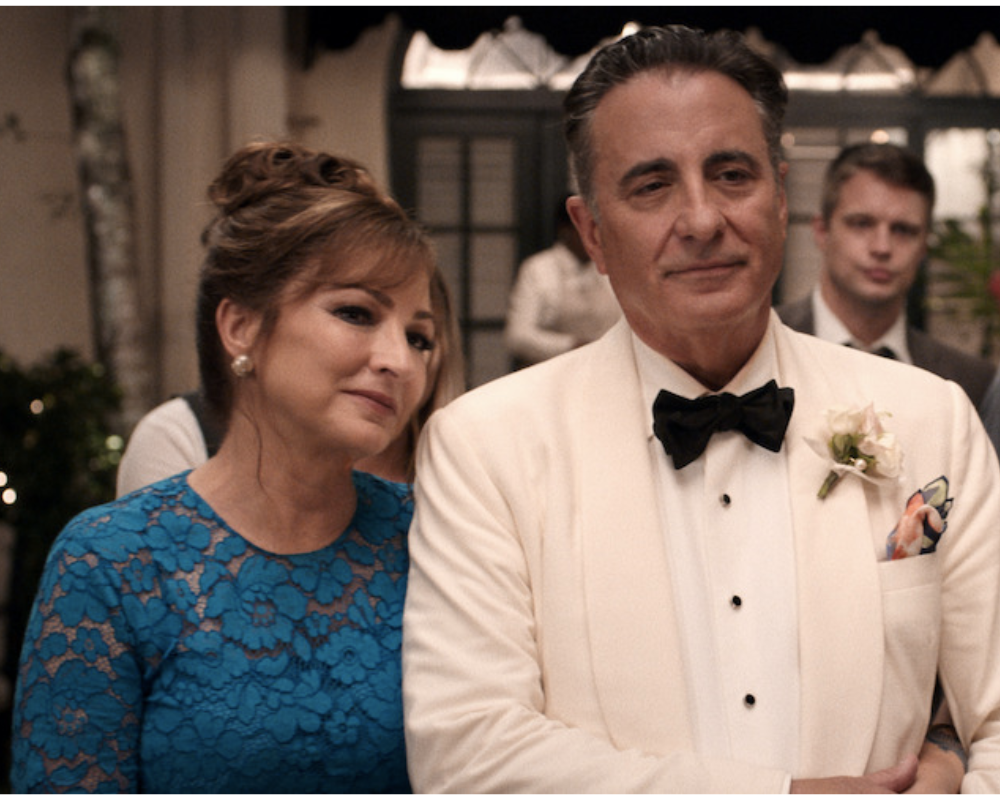 In the current adaptation, Billy, the Bride’s father, wears a white dinner jacket and tuxedo pants. He pairs a black bow tie and a tropical pocket square. He’s an architect in Miami and combines modern-day elegance with traditional Cuban sense. In the 1991 version, George Banks (Steven Martin) wore a black tuxedo, a bow tie, and a white floral boutonniere. His look was more traditional, while Billy’s suave Miami look shows that the fathers of the brides are wearing different styles depending on their personalities, the requirement as per the situation, and the contemporary tradition.

Why Are More Brides Renting Their Wedding Dress?

Getting married means plenty of planning - including finding the perfect dress. There have been ...

Dumped Fiancee’s Epic Revenge Takes Her Traveling Around the World

A 32-year woman, Katy Collins, dubbed the "backpacking Bridget Jones," has given birth to a baby ...

Meghan Markle’s Wedding Gown Could Be On Display Very Soon

It was the moment most of us were waiting for when Meghan Markle stepped out of the car on her ...