As with any wedding, you long await in anticipation to see what the bride will be wearing; and Kaley Cuoco surprised everyone when she opted for a white jumpsuit for her nuptials to Karl Cook. 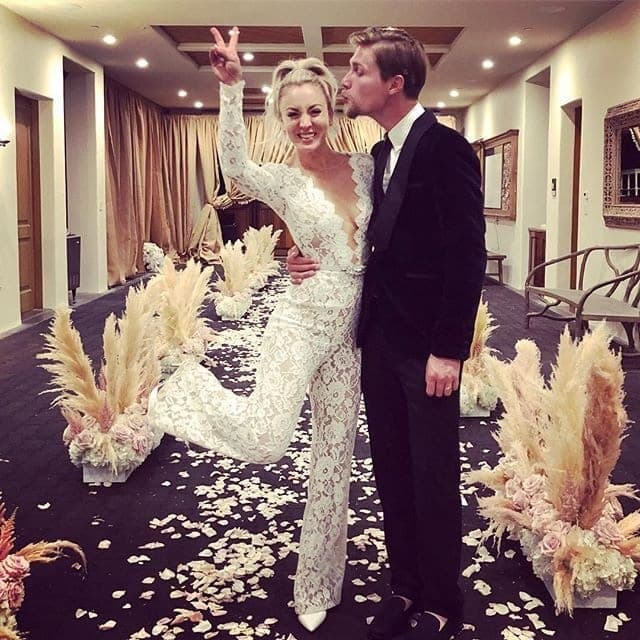 While The Big Bang Theory actress wore a Reem Acra white lace dress for the actual ceremony, she later changed into a lace Tadashi Shoji jumpsuit for the reception, with Louise et Cie shoes to match. Just as Kaley went with whatever she wanted for her big day, she also took a beautiful shot with her new husband in horse stables, with the actress being well-known as a lover of all things horses. 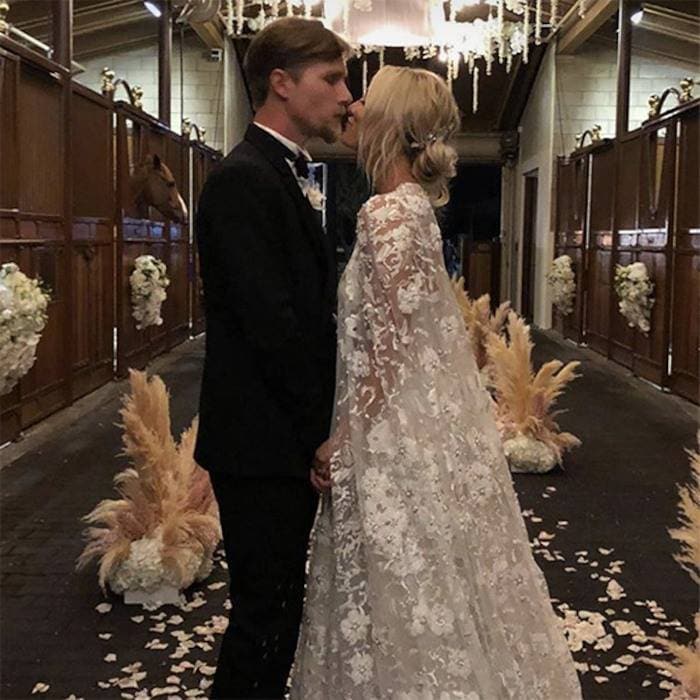 This is the second marriage for the star, having previously been married to Ryan Sweeting, whom she divorced in 2016. After two years of dating, in November 2017, Kaley became engaged to Cook, and she has spoken out about her thoughts on marriage.

She said,”I honestly thought I wouldn’t get married again. My ex ruined that word for me. I married someone the first time who completely changed. The person I ended up with was not the person I originally met. And that wasn’t my fault—that was his. I knew how much I had to give and how much I wanted to receive. I knew I just had to be patient…I had to go through a lot of things, but it brought me to Karl.”

For their nuptials, Kaley and Karl went for the theme of KC squared and, just by their names, they seem like a match made in heaven. As for her jumpsuit, we hope this becomes a new trend set by the megastar because there is no denying this was one of the best choices she could have ever made. It certainly beats the upside down cake decision from her previous marriage.

The bride may be center of attention when it comes to her wedding day, but all eyes are focusing on ...

How To Create A Romantic Wedding With A Shakespearian Twist

Shakespearian romances usually go one of two ways, but not before leading the audience on a wild ...

Bobby Berk became a household name thanks to his time on the show “Queer Eye,” but his talents ...