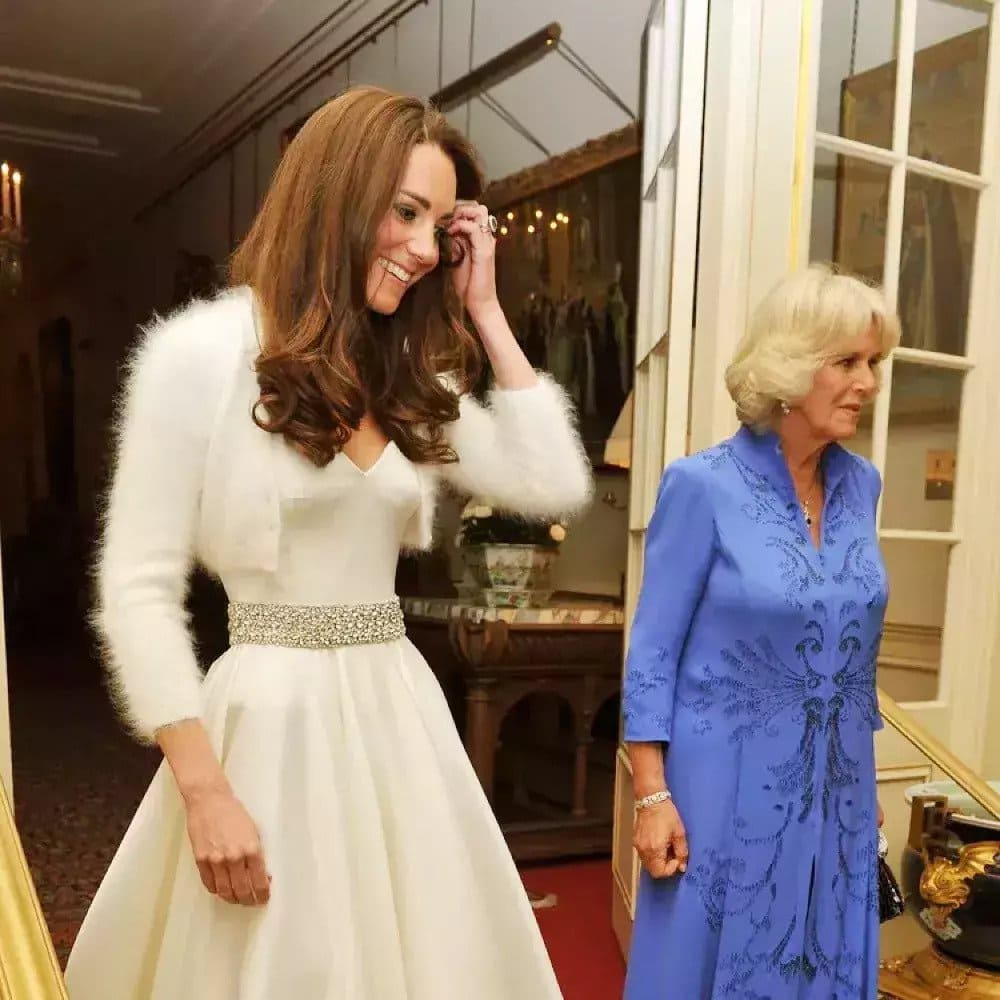 The Duchess of Cambridge, Kate Middleton, has been fashion royalty for ages. Her royal wedding with Prince William on the 29th of April 2011 left a lasting impression. Although the historic event has been an all-time highlight of the decade, one little detail was still a mystery. Thanks to social media, that hidden fact has now resurfaced and is leaving people in awe!

It’s recently resurfaced that the Duchess of Cambridge had an outfit change on her wedding day back in 2011, and her second wedding dress is no less ionic than the first one. TikTok user @allacortedi recently posted a video of Kate Middleton descending a staircase at the Clarence House in her rarely seen wedding reception dress. Just as predicted, the video went viral within no time and everyone has been talking about the regal outfit ever since! 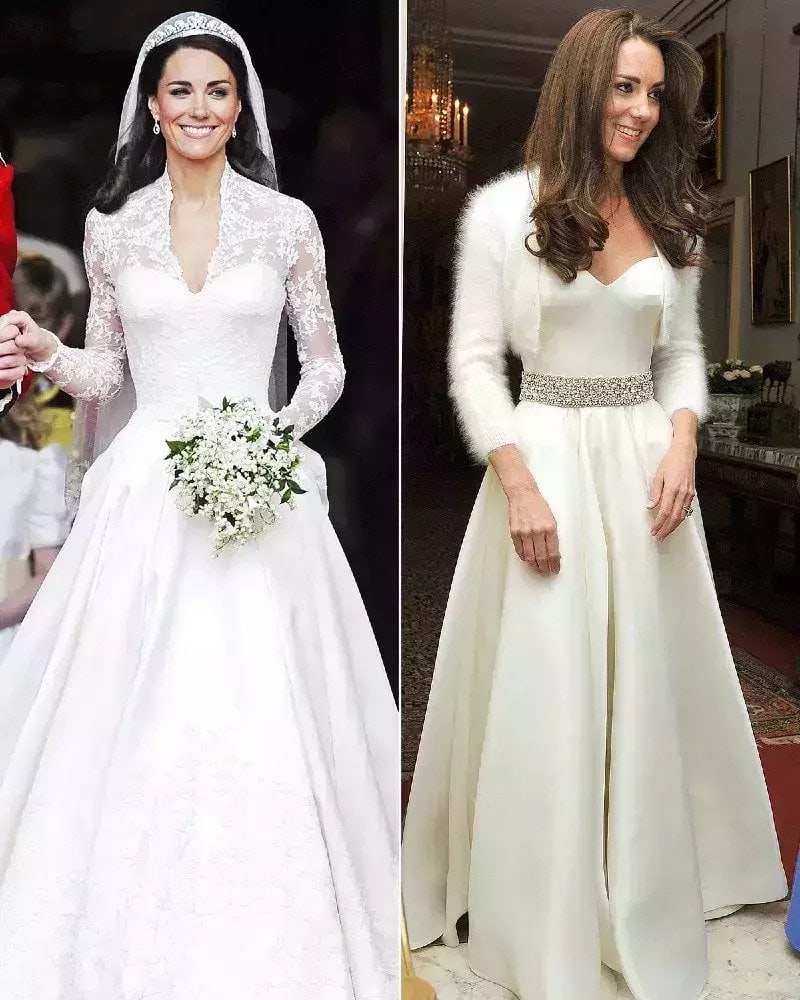 In the TikTok video, the Duchess of Cambridge is seen in a silk pearl-white, A-line gown featuring a sweetheart neckline and a sparkly silver waist belt. The brunette beauty completed her look by layering the stunning gown with a fuzzy cropped long-sleeved cardigan in the same shade. Like her iconic wedding gown, this reception dress was also designed by the Duchess’s favorite Sarah Burton from the Alexander McQueen label, who herself has described the dress as a perfect fit for an imaginative and intelligent young woman like Kate Middleton.

Kate Middleton wore the gorgeous ensemble during a reception for 650 people at Buckingham Palace, hosted by Queen Elizabeth. However, no one could photograph the reception dress on the actual wedding day. Instead, photographers could only capture the newlywed royal couple leaving the London residence of Prince Charles on their way to Buckingham Palace. After all these years, the dress has finally been unveiled and the world got a glimpse of another royal fashion moment!

A Sneak Peek At Chris Pratt and Katherine Schwarzenegger’s Wedding

Chris Pratt is one of the most famous men in the world, but it’s fair to say that the world was ...

How To Pick The Best Lingerie For Your Wedding

Figuring out what to wear underneath your dress on your wedding day can be almost as challenging as ...

The beauty of 21st-century weddings is that people are becoming bolder and bolder about breaking ...