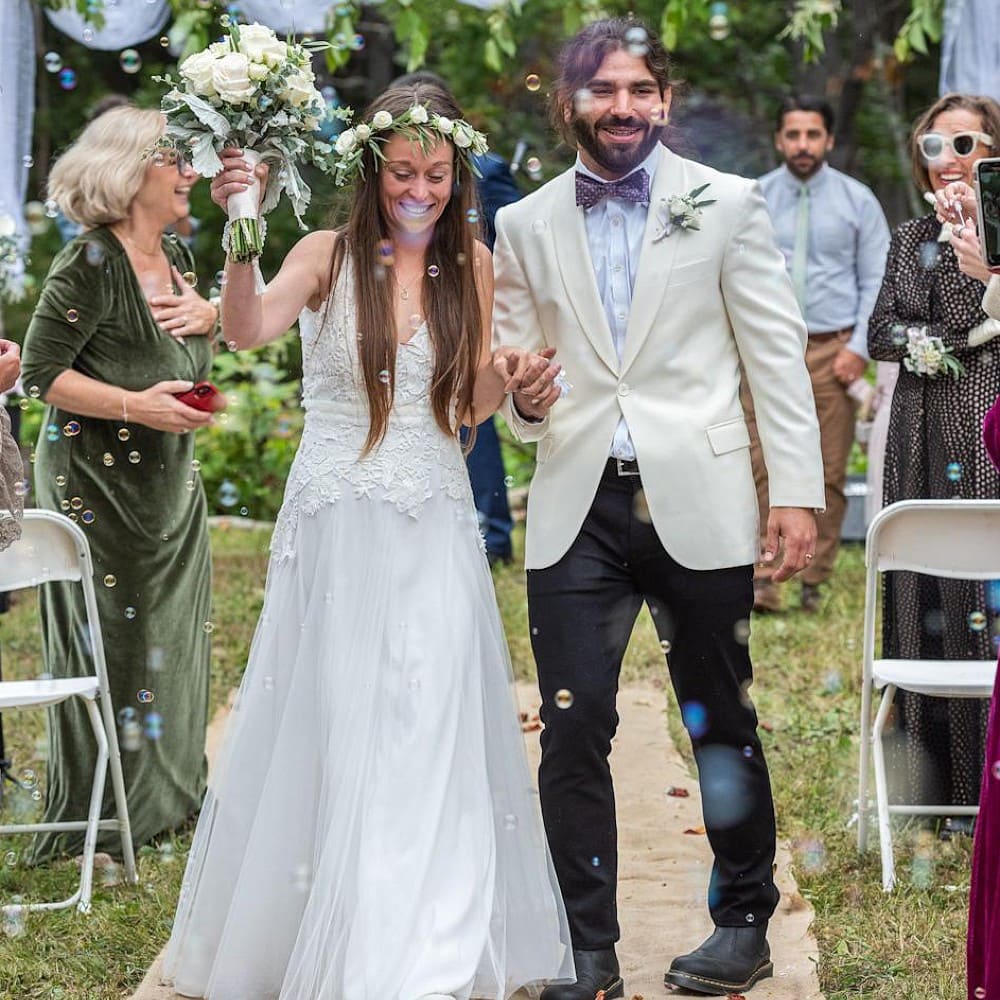 Like any other groom, Paralympian Anthony Ferraro was blown away by seeing his beautiful bride in a gorgeous gown. But in his case, he saw it with his mind’s eye. The blind athlete was in tears on his wedding day, when he touched and felt the beauty of his bride in a tactile gown.

Ferraro’s bride Kelly Ann went for a special wedding day look. She walked down the aisle in a custom-made gorgeous bridal gown, which was incorporated with many special tactile elements like lace and embroidered textured cotton flowers, to make her husband feel how she looked by touching the dress. Ann whispered to Ferraro at the aisle to touch her dress, and just like she thought, Ferraro got overwhelmed in emotion by the surprise. He admitted that it “meant the world” to him, as he could feel his bride was looking like an angel in that dress. 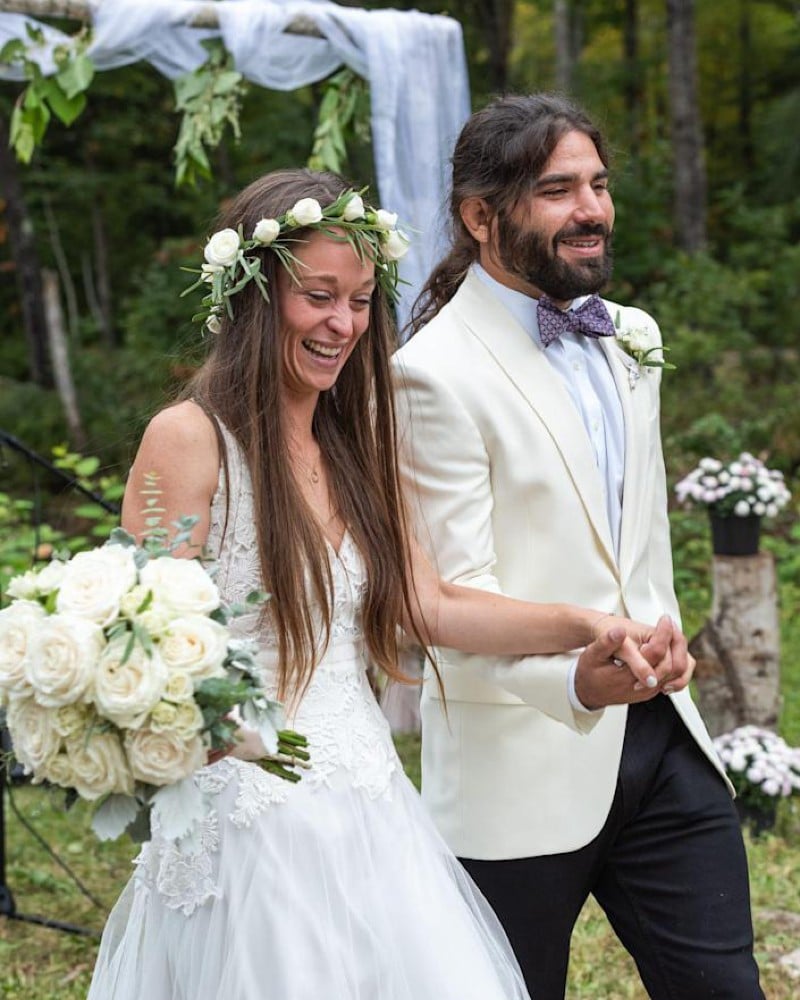 Ann’s idea was hugely successful as Ferraro later could describe the dress easily. He aptly told TMRW that, the dress has lace and a velvet strip around it. Flowers from soft cotton were embroidered on it. Even the back of the dress has a texture. Topping it all off, Ann later put on an amazing custom jacket with crazy fringes hanging off her arms. This surprised him even further, as it reminded him of their very first date.

Just like Ferraro said, the inspiration behind the whole outfit was truly the first date of the couple. That was the day of the New York premiere of the documentary A Shot in the Dark. The biographical documentary tells the life journey of Anthony Ferraro as a blind athlete, musician, and motivational speaker. Kelly Ann specially chose a velvet dress for that day, to make Ferraro feel her dress. Recollecting the memory, she chose to incorporate similar kinds of touchable fabrics, while shopping for her wedding look at the Brooklyn boutique Loulette Bride.

The Most Romantic Places To Elope In The World

Wedding planning can be a hassle, and an expensive one at that. As more couples realize they just ...

Wedding History: How the Modern Wedding Reception Came to Be

To everyone, even those who haven’t been through it yet, a wedding reception is the celebration ...

Ben Affleck and Jennifer Lopez were recently spotted doing a property hunt in Los Angeles. Their ...