Starting From The Bottom

Many people know Cote de Pablo as Ziva David, the former secret agent from the hit show NCIS. While Ziva is well-liked, little is known about the Chilean actress behind the character. It turns out there is a fascinating story behind the actress who overcame hurdles to get to where she is. Upon finishing her education in theater, Cote de Pablo struggled to gain gigs on Broadway. Instead, she took up waitressing at an Indian restaurant in Manhattan. 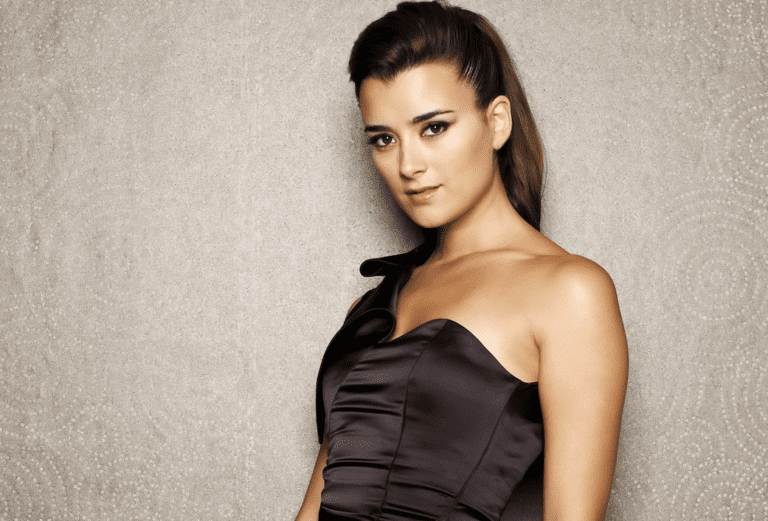 Cote moved to the United States from Santiago, Chile, with her parents when she was only 10 years old. Many people struggle when moving countries and Cote was a victim of this for many years. However, the change began when she started to attend a performing arts high school. She finally found her place. Describing her experience, she said, “….my friend had the perfect saying for it: ‘You found your tribe.’ We’re not Chilean or Argentinean or Brazilian or Russian. We’re actors.” 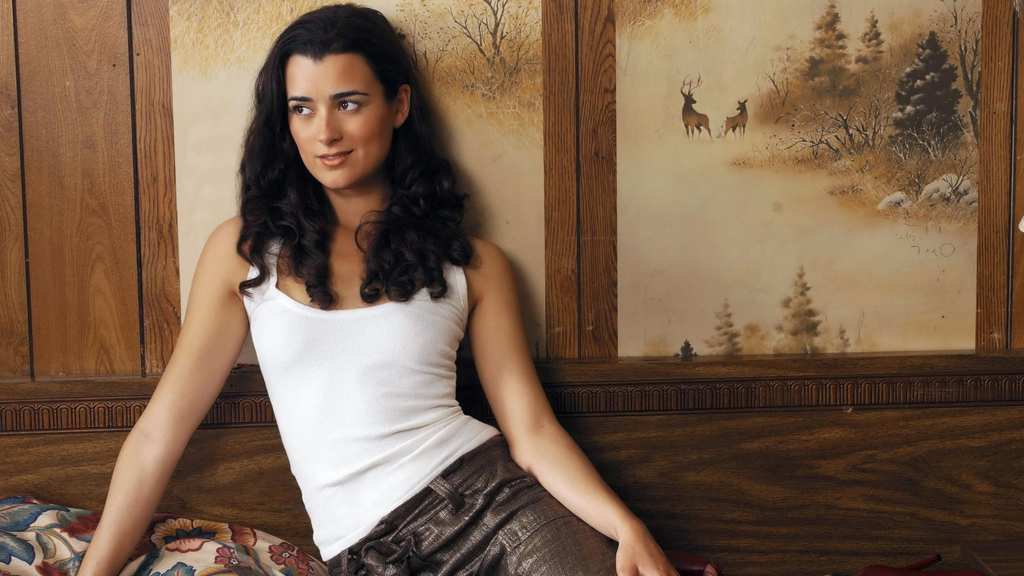 Cote kick-started her acting career in her teenage years, thanks to her hard work and determination to get there. She had been attending a performing arts high school and received an education in theater at Carnegie Mellon University. Therefore, at only 15 years old, she landed a role on television, hosting a Latin-American talk show called Control. This was the beginning and making of Cote de Pablo’s popular career. Despite her passion, Cote’s initial dream was actually to be a secretary! 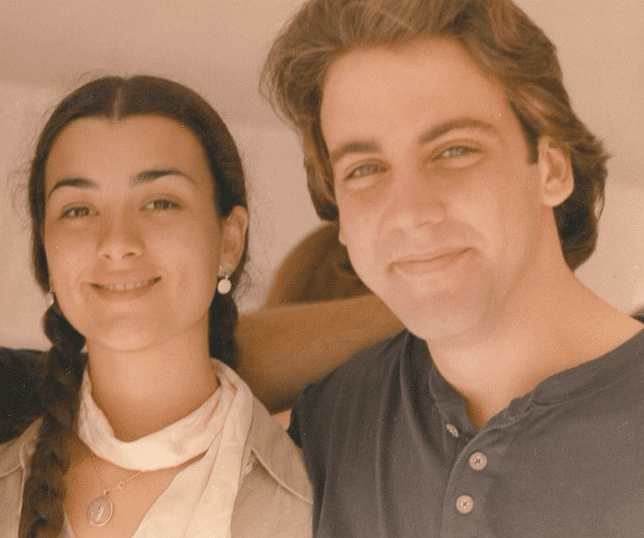 When Cote started life in Miami she soon realized that many people couldn’t pronounce her name, María José. To make it easier she changed her name to Cote which was her Chilean nickname. She explained, “..I told them to call me Coty. Then I found out there was a beauty line called Coty, and I hated that! So I changed it to Cote [KOH-teh]. A lot of people don’t get it, but in Chile, if your name is María José, they call you Cote.” 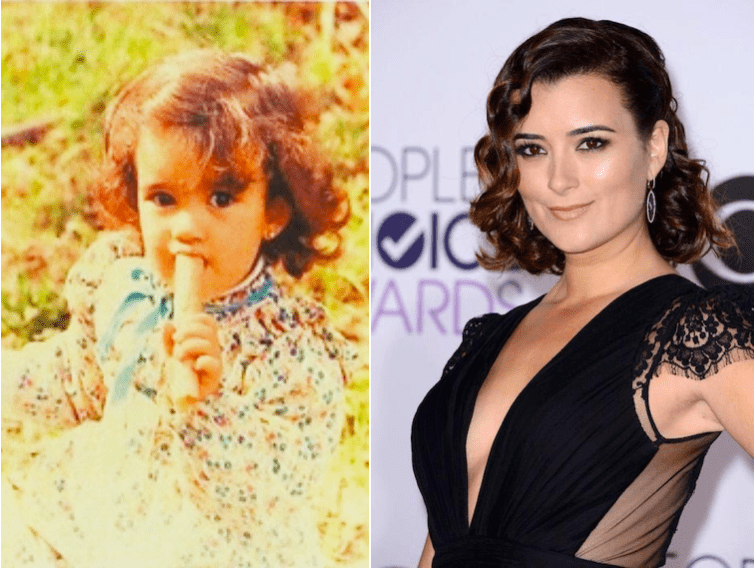 Moving countries at 10 years old with almost no English was more than a challenge. Luckily, Cote had a great teacher who saw the potential in the young Chilean girl. As one of the only English words she knew was “run,” the teacher guided her towards enrolling on the track team. She later revealed that she became “a little track and field star.” She would remember her coach screaming, “Cote, run!” and that was all she knew, so she did just that! 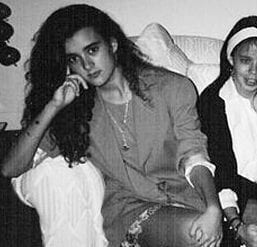 Cote was leading a path towards musical theater and anyone that knew her thought she would end up in this industry. However, she was struck with a big decision when she was offered a part on The Mambo Kings Broadway show at the same time as the television show NCIS. Luckily, the theater show was canceled and fate made her decision for her. Cote took on the role of Ziva David, a former Mossad officer turned NCIS agent, which brought her nationwide fame. 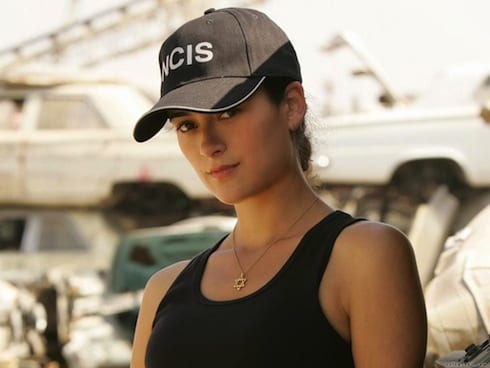 NCIS fans were in shock when Cote left the show. At the time, it was revealed that she was leaving for “undisclosed reasons.” However, it later became known that she felt the scripts weren’t good enough and the character wasn’t getting treated with respect. This did not come easy, especially to the character’s devoted fans who had followed her for eight years. They decided to stand up for Ziva and created an online petition. CBS eventually offered Cote a large amount of money to reprise the role of Ziva, but she refused. 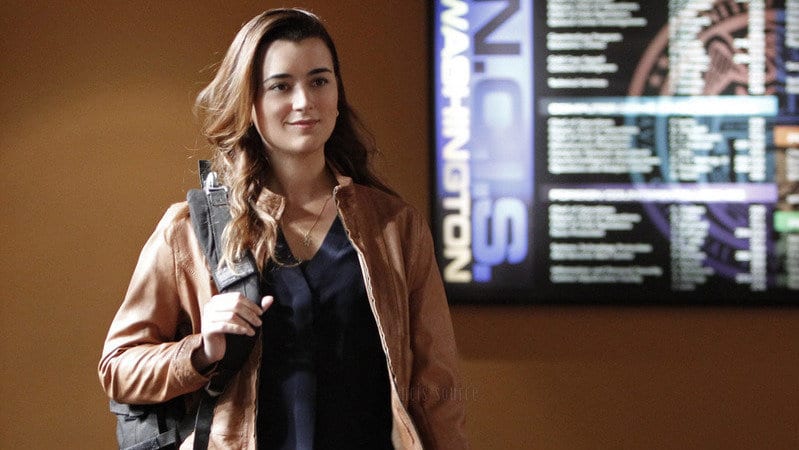 Cote met the man of her dreams in 2000 and the pair became inseparable until their split in 2015. Cote fell head over heels for the Time of Your Life star Diego Serrano from the moment she met him. She revealed that if it was not for him, she would be the most boring girl in Los Angeles. Apparently, he always encouraged her to live, “he’s the worst influence that I have ever had in my life, and I love him for it.” 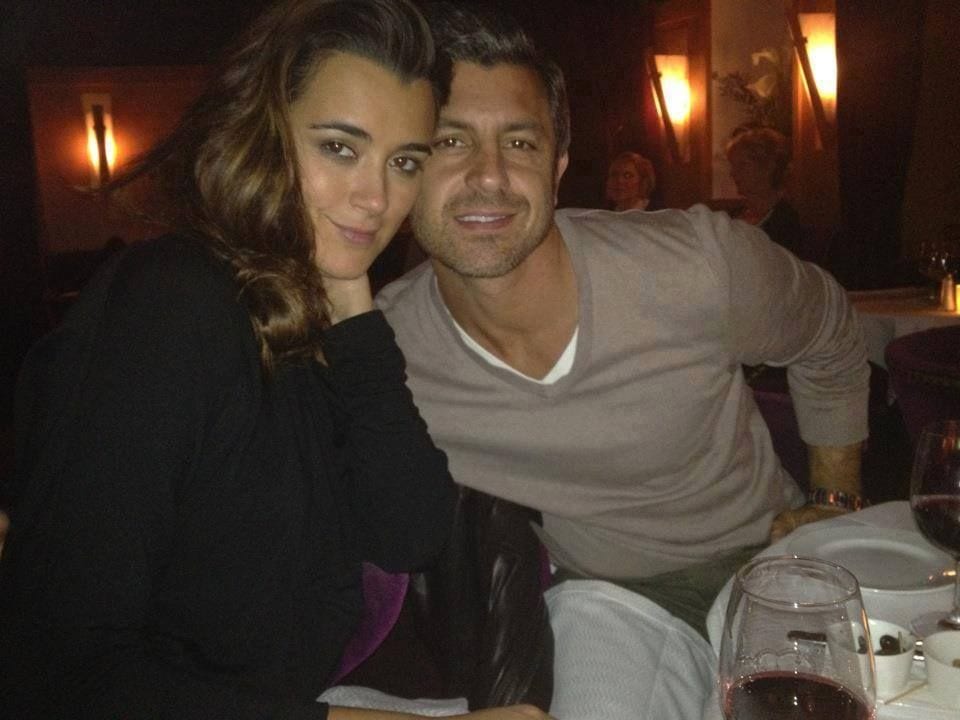 Despite having a long-lasting relationship, Cote de Pablo and Diego Serrano called it quits in 2015. Neither Cote or Diego have opened up about the reasons behind their breakup. As her fans know well, Cote does not always speak up about her life and has prided herself on being a private person. Since the couple’s split, she has not publically dated anyone. Around the same time, Cote gained 15 pounds over eight weeks, making her incredibly self-conscious. This turned out to be a result of coming off birth control pills. 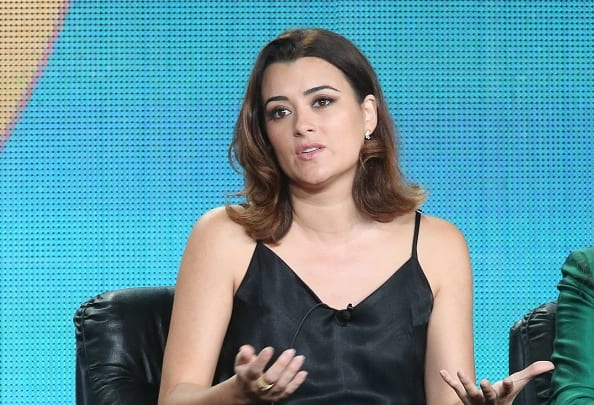 Cote’s NCIS character had a special relationship with Michael Weatherly’s character. In fact, insiders from the set of NCIS revealed that Michael Weatherly flirted with her during her initial audition for the part, to see if they had chemistry. Weatherly swiftly moved away from the script and flirted with Cote to see her reaction. While she was a little taken aback, she returned the passion, earning her the role. Perhaps boyfriend Diego was jealous of the pair’s on-screen relationship. 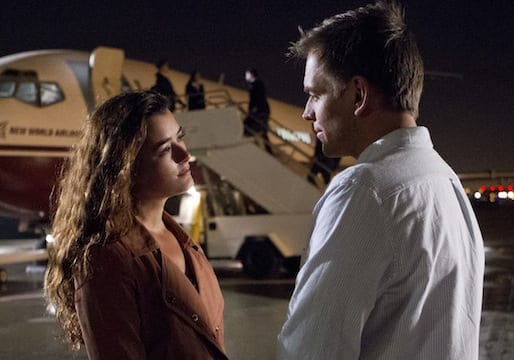 Cote was raised in a Catholic home in Chile. When she turned at 21 years old, she had a spiritual awakening after hearing the news that her grandmother had cancer. Cote spoke to God and said, “If you exist, you will take my grandmother within twenty minutes. If you don’t, I’ll never believe in you again.” Within ten minutes her Grandmother passed on, and Cote strengthened her relationship with God. When questioned about her beliefs, Cote says proof of God is everywhere. 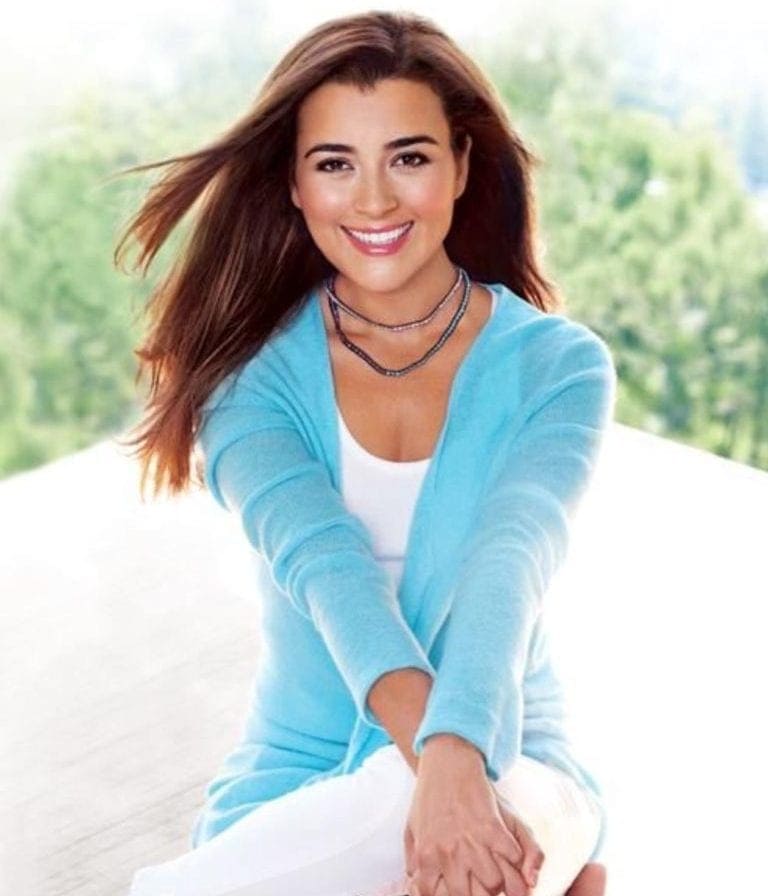 In actual fact, before NCIS, Cote was afraid of even holding a weapon. Yet she was not shy of performing her own stunts. The actress would enjoy coming home after a day of stunts as it left her feeling fulfilled. However, taking on this big challenge didn’t come without its downside. Taking on her own stunts resulted in many injuries on set. During one of the rehearsals, Cote ended up badly injuring her neck. Luckily, she recovered. 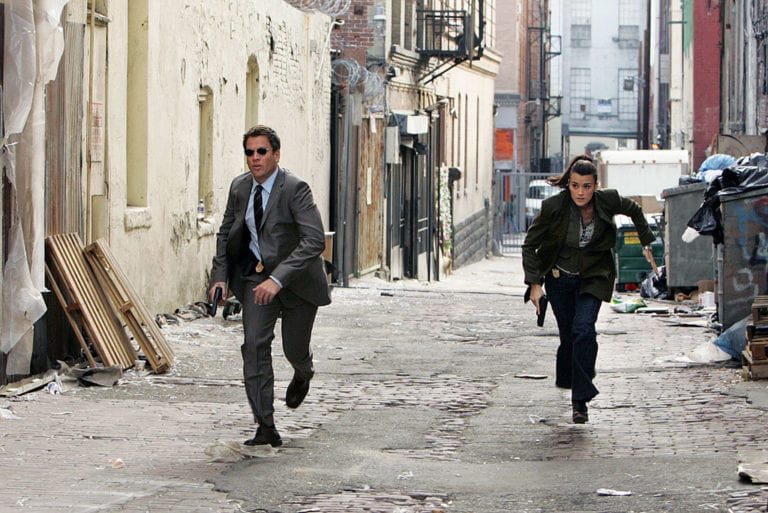 Unlike many actresses, Cote treasures her privacy so much that she holds back from displaying her life on social media. For the past few years she has been out of the public eye, but that does not mean her fans have forgotten her. To make matters even better for her, she is unknown in her home country, Chile. Despite the break, she is going to be making a comeback, teaming up with Michael Weatherly to be an executive producer of a new CBS drama MIA. 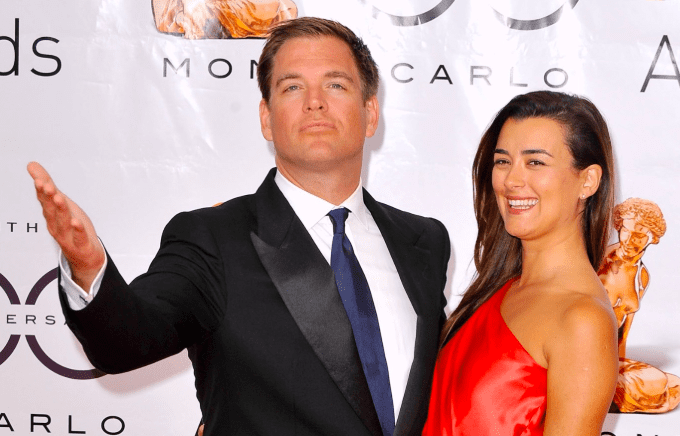 Following Her Own Path

After leaving NCIS, Cote told herself to only take on roles which allow her a certain amount of creative freedom. In the five years since the show, she has appeared in The 33 and The Dovekeepers. She never likes to be swayed from following her heart and wants to do things her way. She has described herself as an “old soul” or “hippie” and mentioned in an interview she would make a great old character in a movie. 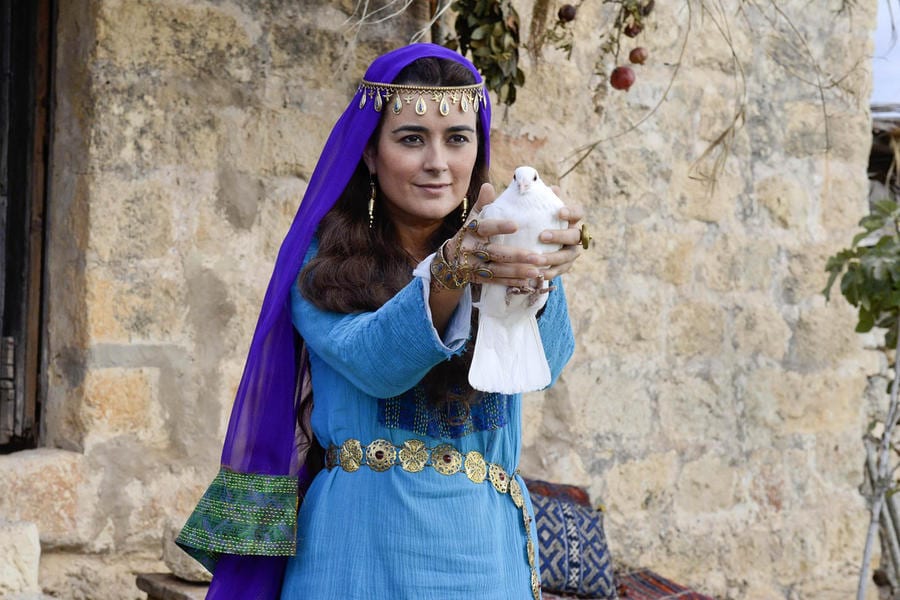 The 33 Was Close To Home

Cote chose to take on the role in The 33 as it was close to her heart. Following the events of Chile’s 2010 mining crisis, the movie focuses on 33 miners who survived buried underground for 69 days. During an interview, she stated, “I’m Chilean, so it really hit close to home…I saw the first, the second and the third [miners] come out and I remember I was just a mess! It was an incredible thing, and the world was glued.” 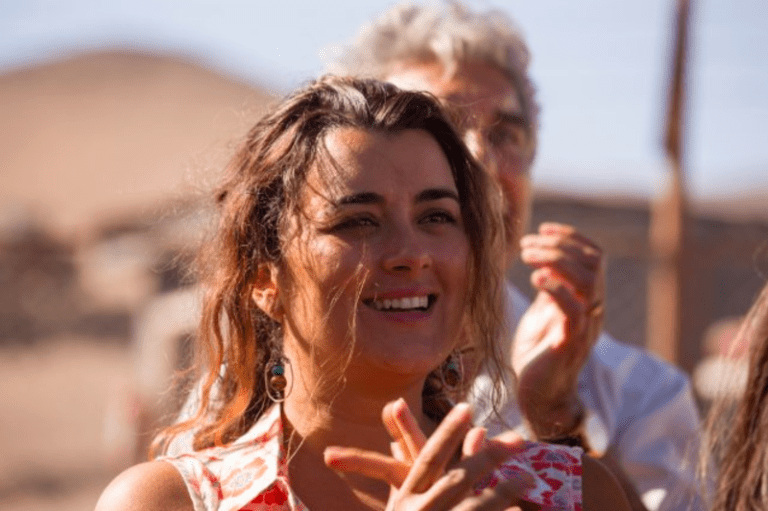 Cote’s family is spread out all over the world, which takes its toll on the actress who currently lives in Los Angeles. Her mom remained in Chile, and after her parents divorced, her dad moved to Miami with her brother. Meanwhile, Cote’s sister lives in New York City. Cote is not the only member of the family to be in the arts. Her younger brother Francisco is a Miami-based DJ and plays at some of the city’s hottest parties. 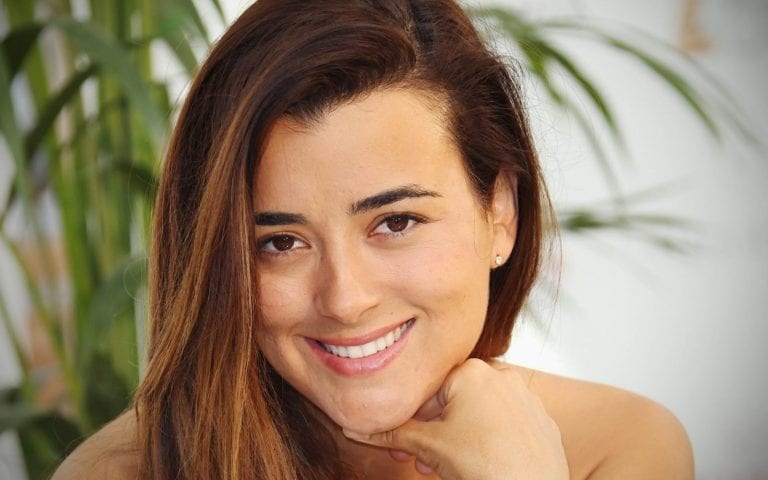 A Hefty Net Worth

Cote de Pablo’s wise choices in her career and life have led her to become one of the most well-respected and successful actresses out there. Her dedicated fans and global acceptance has earnt her a net worth of $4 million. From the girl who spoke no English to a hard-working theater student to a television star, her persistence paid off. Meanwhile, Cote is still young and at the beginning of her career, so we can only imagine her net worth will continue to grow. 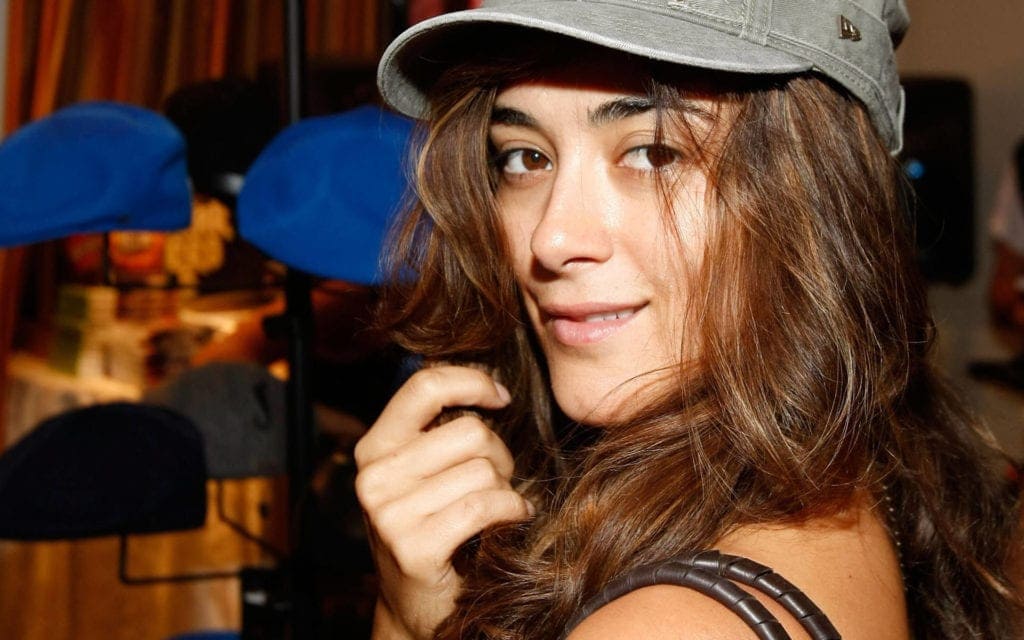 Although she is single, or so we believe, Cote de Pablo is known to be a romantic. In the past, she was quoted saying, “I still get very excited when people say they fall in love. It doesn’t matter how old you are, falling in love is a beautiful thing. And I still act like I did when I was a teenager. I get fluttery and tap dance around. I’m never afraid of making funny faces or being completely goofy.” 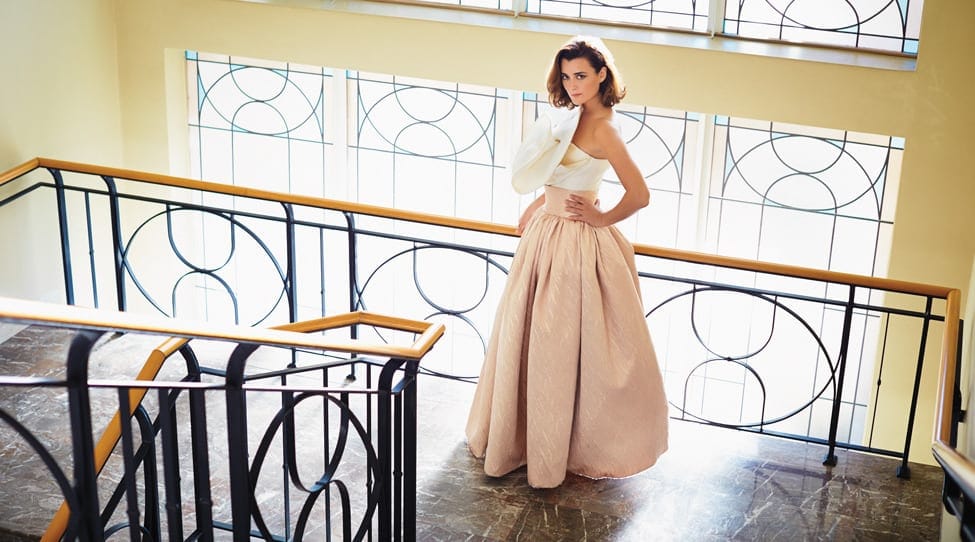 Her Number One Rule

For Cote, staying healthy is important and this can be hard when living the lifestyle of an actress. In order to do this, Cote has one number one health rule that she will never break; getting eight hours of sleep every night. Yep, she will never have less than eight hours of blissful sleep. She claims that she will not be able to remember her lines if she doesn’t sleep after spending hours memorizing a dialogue. 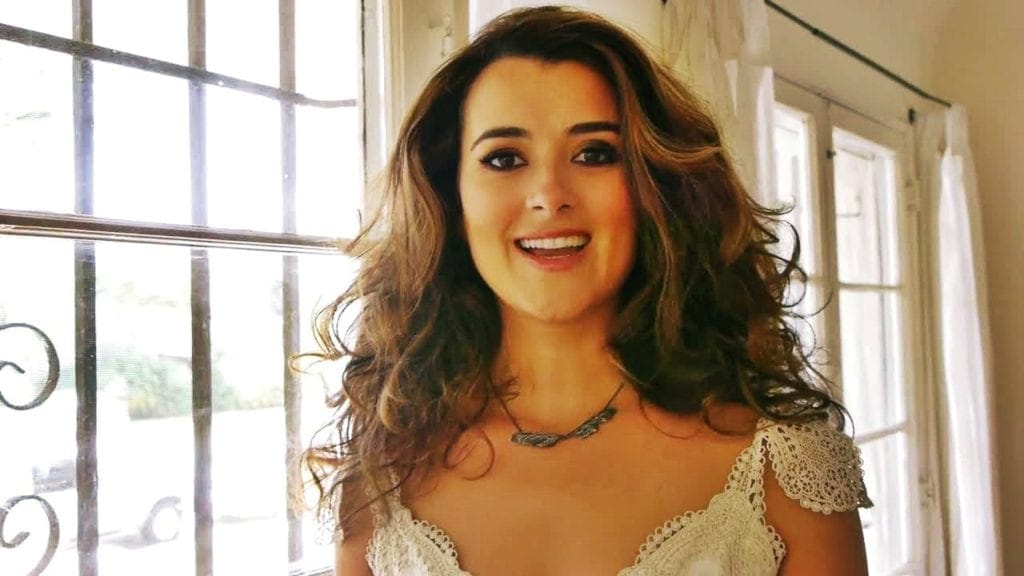 Living during a time where physical beauty is given so much focus, celebrities are under a lot of pressure to maintain an image. But Cote feels otherwise. The actress is adamantly against plastic surgery. She feels very strongly that people shouldn’t do it, women especially. She said it’s “important for women to learn to say no” in regards to it in order to change people’s perceptions. She also feels television should work to show more diverse women than the usual 25 to 40-year-olds. 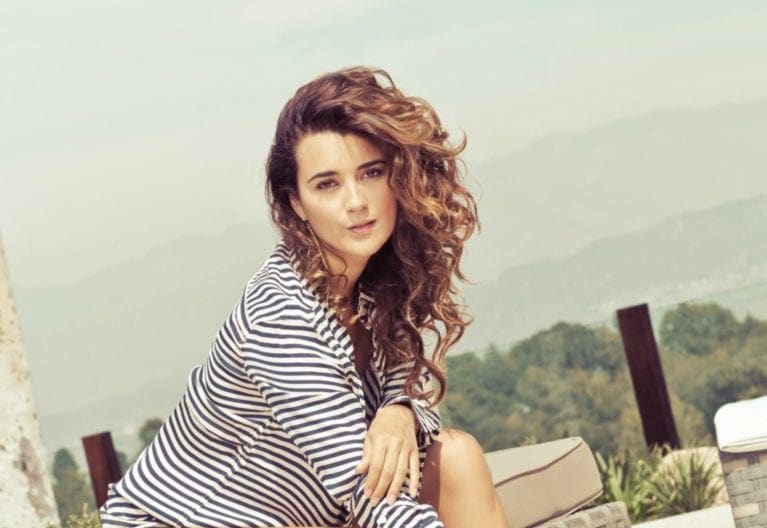 This actress has not gone unnoticed for her talents. Cote de Pablo has been recognized for her brilliant work. In 2006, she was nominated for an Imagen Award for Best Supporting Actress in Television for her appearance on NCIS. She was also nominated for ALMA Awards and in 2011, she won the ALMA Award for Outstanding Actress in a Drama Television Series. Most recently, she won an Imagen Award for Best Supporting Actress in a feature film for her role in The 33. But what’s next for Cote? 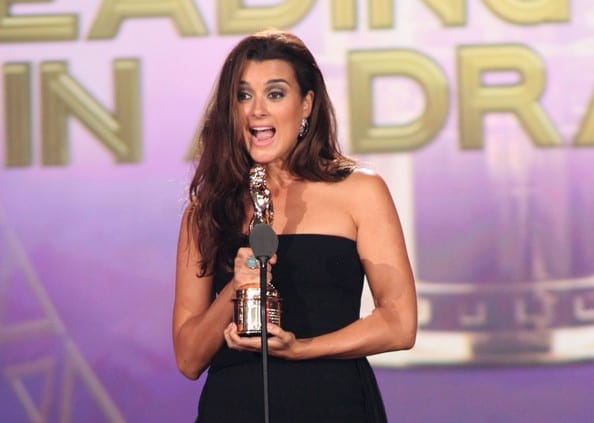 Insiders of NCIS reveal that Cote’s character Ziva David may not be completely gone from our television screens. When Ziva’s death happened her body was never shown to the audience, creating much speculation. Cote has spoken up about it too by hinting that there may be a chance Ziva is still alive. She also revealed her fellow agent Tony DiNozzo may experience a romantic reunion. If Ziva was to return, surely this romance would have to be with her! Ah, the suspense! 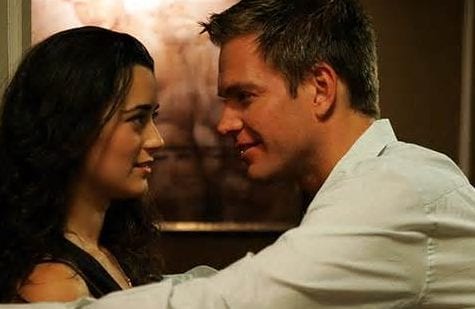 From Then To Now

This Chilean-American actress who moved to the United States at 10 years old became of the most well-liked actresses in the world. She has had quite the journey in her career from hosting Control to becoming an award-winning respected actress. Fans of NCIS will never forget Ziva David and will continue to hope for her return. Meanwhile, looking into 2019, although her career has slowed, hold on tight because this is not the end of Cote de Pablo. 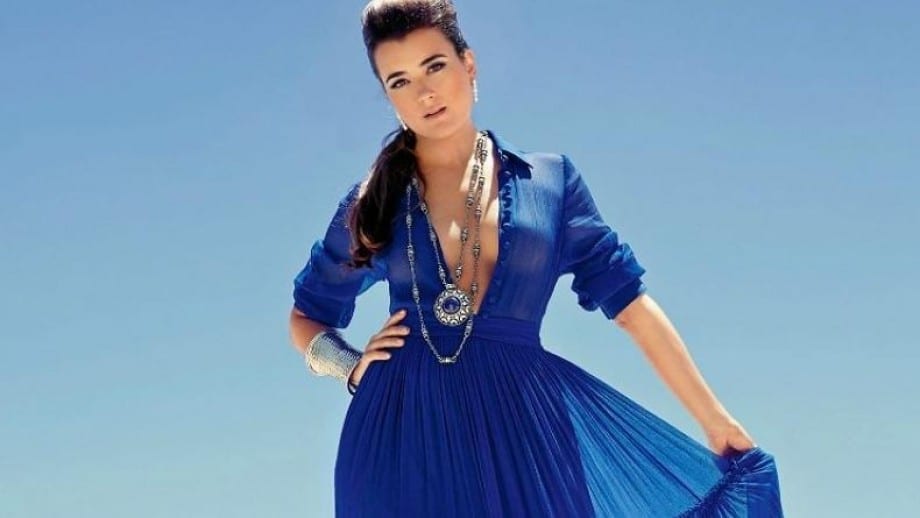 What Bridesmaids Should and Shouldn’t Pay For

Being a bridesmaid is quite the task, especially because a wedding is so much more than just a big ...

Choosing a Wedding Planner Made Easy With This Top 5 List

The right wedding planner is more than an event organizer. It’s a venue designer, coordinator, ...

Fans of the hit  TV series, Game of Thrones, know better than to expect a happy ending from a union ...