In case you ever wondered about the origins of the phrase”tying the knot,” the answer is in the ceremony that’s working its way back into weddings all over the United States. Originally referring to the practice of “handfasting,” the ancient tradition is a call back to ancient pagan marriage rituals, where a couple was literally bound together with the help of a piece of string, though it came as just one part of a more intricate ceremony. 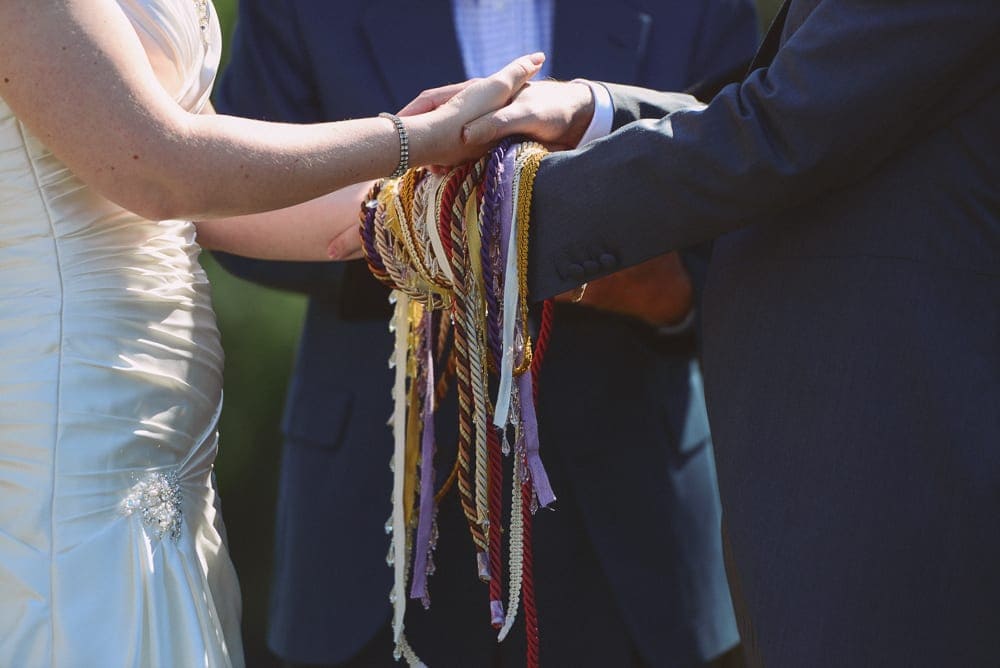 There’s a good reason this trend is on the rise again, however, and it has little to do with pagan religious practice. Especially for couples who have no other spiritual grounding in their ceremony, it’s one of the myriad of ways they’re putting a personal spin on the act of getting married.

Handfasting is only one kind of practice that falls under the umbrella of unity rituals. An increasing number of couples are opting to add a personalized element that more concretely binds them together. 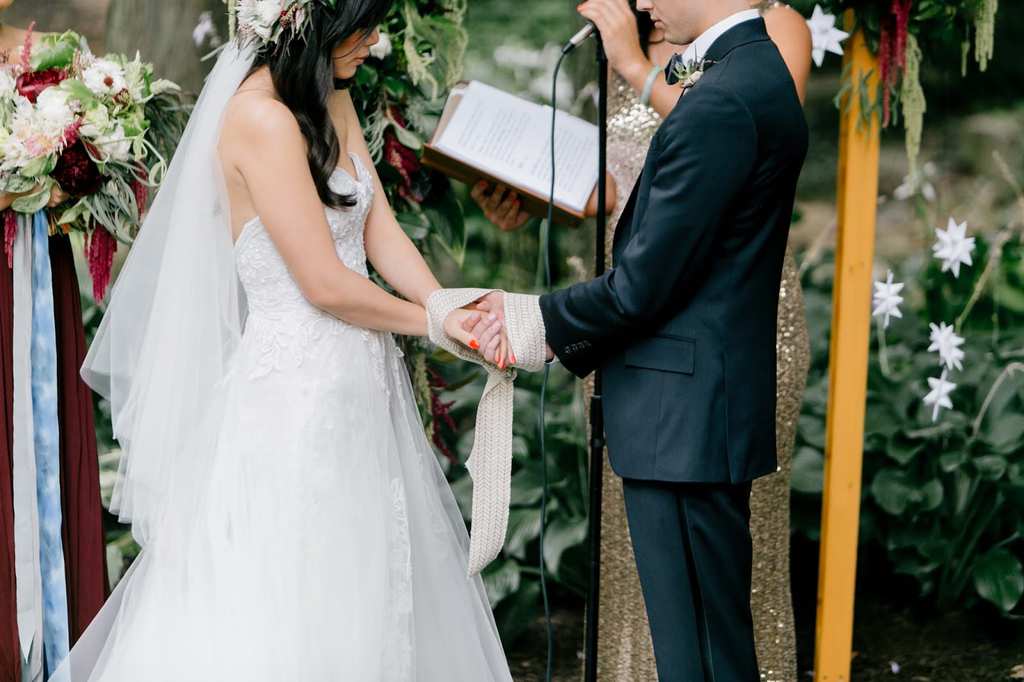 While some have chosen to make sand jars or light candles together, many of the unity rituals can be performed in addition to the handfasting ceremony. The biggest difference is that while the others ask the couple to perform a ritual together, handfasting is the only one that physically joins them. Some choose to only have their right hands joined together, while others choose to tie both of their hands together. 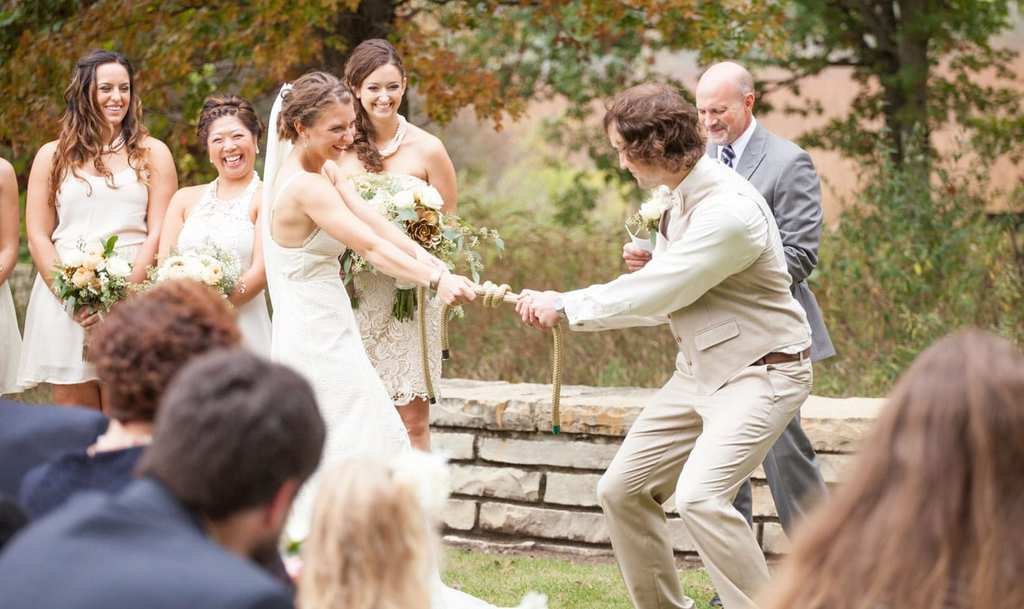 The practice originated in pre-Christian Britain, at a time when it was less likely that the commoners could afford a big church wedding, which shows just how little things have changed in the ensuing years. The practice was “re-discovered” in a sense as neopaganism began to emerge in the 20th century. For many couples seeking a spiritual element without going fully religious, they find that handfasting is just the element they need.

6 Active Group Outings To Do With Your Wedding Party

When preparing for your nuptials, being health and fitness tend to become a central focus in the ...

How To Make Your Own Wedding Cake On A Tiny Budget

Weddings can be great, but hey can also be pretty expensive. The cake can be a huge part of many ...

Most women spend months preparing for their wedding day. It's such a special occasion in a woman's ...